A 2015 release, Another Margaret brings the Randy Craig series full circle by tying a Canadian Literature mystery from Randy’s grad-school days to deadly present-day events during the lead-up to her 20-year reunion.

Anxiety is the watchword at most school reunions, with side-eye comparisons of greying hair and extra pounds around the belly. Not our Randy Craig — she’s more concerned with resolving a decades-old CanLit scandal and catching a ruthless killer. While helping her best friend Denise organize their grad-school reunion at the University of Alberta, Randy’s tumultuous past comes rushing into the present as she faces off against old ghosts and imminent death. “This is going to be the yummiest reunion. It’s as if we all went to grad school with Jessica Fletcher!”

• incorporates the events of the “lost” Randy Craig Mystery, The Next Margaret, and expands them into a masterful new novel that covers two decades in the lives of Miranda “Randy” Craig and her supporting cast of characters

Praise for Another Margaret:

“I love Randy Craig — her sly humour, her sharp intellect, her inexhaustible resilience, her healthy appreciation for good food … and good men! I’ve always delighted in her company, and Another Margaret  is the best novel yet. In a stroke of genius, Janice MacDonald uses Randy’s involvement in a 20-year reunion to flashback to the first novel, set in Randy’s graduate school days. The brilliant melding of the old and new is a true gift, for both long-time fans of Randy Craig and readers meeting her for the first time. Janice MacDonald’s finely honed skills as a writer of fine mysteries shine in this delicious two-for-one tale.”
—Angie Abdou, author of Between and The Bone Cage

“A reclusive author, a questionable suicide, and people that are never as trustworthy as they seem — all of these excellent ingredients keep you turning the pages in Janice MacDonald’s latest novel. You are sure to take pleasure in Randy Craig’s wit and the chilling mystery that MacDonald develops in these pages.”
—Matthew Stepanic, WHERE Edmonton Magazine

“Randy Craig is that longtime friend you can depend on to be high-spirited, witty, thoughtful, and best of all, fun. Another Margaret,  the latest mystery in the series, revisits, updates, and solves the English Department murder committed in the first book, leaving the reader satisfied and looking for more.”
—Caterina Edwards, author of The Sicilian Wife and Finding Rosa

“The most unusual academic mystery I have read. Another Margaret  is an excellent book. The setting of urban and rural Alberta is well done. The exploration of contemporary academic life is outstanding. MacDonald, in Randy Craig, has created a memorable academic sleuth who is the Alberta equivalent to Gail Bowen’s character, Joanne Kilbourn, from Saskatchewan. I am going to read more in the series.”
—Bill Selnes, Mysteries and More

“The whole project is done in the spirit of fun, not taking itself too seriously, but executed well enough that admirers of academic mysteries can come along for the ride. And I really glad I did. Another Margaret  was a great introduction to the Randy Craig series.”
—Kerry Clare, Pickle Me This

“Randy Craig is new to me and I found her quite appealing. She’s smart without being overbearing about it, has a sense of humour, isn’t entirely sure what she wants to be when she grows up and has an ingrained sense of loyalty to her friends. She’s also snoopy as any good amateur sleuth should be. In short, she’s my kind of woman and comes across as entirely believable. While I have no problem reading a series out of order, those who do should not hesitate to pick up Another Margaret.  It’s the perfect way to become acquainted with a series, one that I can heartily recommend.”
—Lelia Taylor, Buried Under Books

“Twists and turns will keep eager readers on the edge as feisty Randy Craig’s pursuit of a reclusive author and rumoured new manuscript means she might be written out of the plot, permanently. Another Margaret  is Janice MacDonald writing at her best.”
—Linda Wiken, Mystery Maven Canada and author of A Killer Read

“I loved many things about the book: I always like an academic setting, and this was a good one. We heard a lot about Randy’s life, followed her through her day in a way that reminded me of the much-loved Gail Bowen books (also Canadian, coincidence?). There is a plotline concerning the mysterious Ahlers’ books which would be of particular interest to crime fiction readers… and much discussion of the difficulties of getting tenure, the culture of ‘publish or perish’, and the almost-arbitrary way in which works of literature (and non-literature) are divided up, and judged, and found either worthy or wanting. The book is thought-provoking, but also funny and very entertaining.”
—Moira Redmond, Clothes in Books (UK)

“Janice MacDonald populates academe with real characters and puts the humanity back into the Humanities. Of course, she picks one or two of them off now and then, which is all right with me, too.”
—W.P. Kinsella, author of Shoeless Joe and Butterfly Winter

“Edmonton’s Janice MacDonald is the most literary of the new gang of Canadian fictional murderers.”
—SubTerrain

“Janice MacDonald does for Edmonton what Gail Bowen did for Regina, Saskatchewan. She rejects the frozen north stereotype by showing the ‘City of Festivals’ in all its glory.”
—Reviewing the Evidence mystery blog 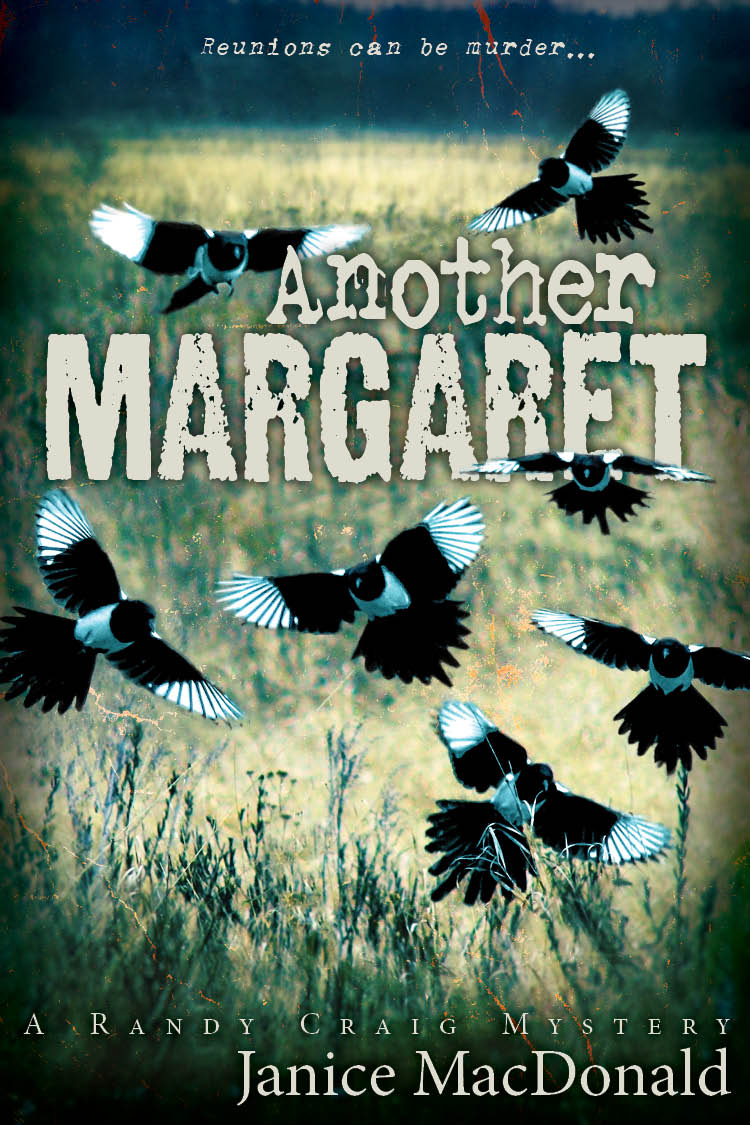